Baltimore, MD (June 19, 2014) – Animation director Hidenori Matsubara will be appearing at Otakon 2014. Otakorp, Inc. is pleased to announce the appearance will represent his second time at Otakon. 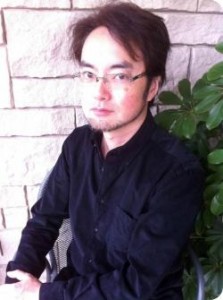 Matsubara has worked with director Hideaki Anno as an animator and animation director on the new series of Evangelion: 1.0 You Are (Not) Alone, Evangelion: 2.0 You Can (Not) Advance, and Evangelion 3.0 You Can (Not) Redo. His other theatrical credits include The Princess and the Pilot and Space Battleship Yamato 2199. Matsubara is currently working with the famed director Sunao Katabuchi on an upcoming theatrical film, At The Corner Of This World.