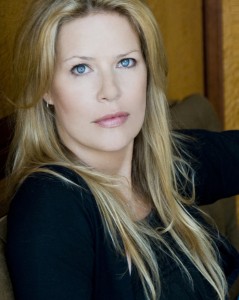 As an actress, she portrayed Major Motoko Kusanagi in Ghost In The Shell Innocence, Solid State Society and Ghost In The Shell: Stand Alone Complex for which she won the American Anime Award for Best Actress. She will also be voicing the Female Crusader in the Diablo III Expansion coming soon. You can also hear her as Sei in Alpha Protocol and Nora in Final Fantasy XIII. Some of her other popular roles are Cornelia in Code Geass. Kurenai from Naruto, Julia from Cowboy Bebop, Helba and Bordeau from .hack, Jagura from Wolf’s Rain and Caroline from Vampire Hunter D.

As a director, Mary Elizabeth has been directing Naruto for almost 8 years for which she received the 2008 SPJA award for best director. She is currently directing Tenkai Knights for Cartoon Network and Digimon Fusion for Nickelodeon. She has directed the 4 Naruto Movies as well as Stitch!, Cowboy Bebop the series, Cowboy Bebop: Knockin’ on Heaven’s Door, Wolf’s Rain, Digimon seasons 3 and 4, the movie Appleseed and was a co-writer for the American adaptation of Metropolis.

Mary Elizabeth has had the great honor of singing the music of Akira Yamaoka for the movies Julia X and Silent Hill as well as the games Shadows of the Damned, Silent Hill 3, 4, 5, Origins, Downpour, Silent Hill: Shattered Memories (which she co-directed) as well as Book of Memories and the re-release of Silent Hill 2/3 which she directed.

For the gaming world she directed Samuel L. Jackson and Ron Perlman as well as the rest of the original cast in the Afro Samurai game. She also directed the entire cast of iCarly for their interactive game. Mary Elizabeth has directed the voice work for Soul Calibur Legends, Resident Evil: Umbrella Chronicles, Devil May Cry 3, 3.5 and 4, Spyhunter, the Naruto Clash of Ninja and Ultimate Ninja series, as well being second director for Kung Fu Panda.

Otakon Vegas 2014 will be held January 3-5 at the Planet Hollywood Casino in Las Vegas, NV.