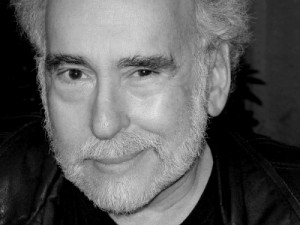 Peter S. Beagle was born in 1939 and raised in the Bronx, where he grew up surrounded by the arts and education: both his parents were teachers, three of his uncles were gallery painters, and his immigrant grandfather was a respected writer, in Hebrew, of Jewish fiction and folktales. As a child Peter used to sit by himself in the stairwell of his apartment building, making up stories.

Today, thanks to classics like The Last Unicorn, A Fine and Private Place, and Two Hearts, he is a living fantasy icon. Peter has written many teleplays and screenplays, including the animated versions of The Lord of the Rings and The Last Unicorn, plus the fan-favorite “Sarek” episode of Star Trek: The Next Generation. His nonfiction book I See By My Outfit is considered a classic of American travel writing, and he is also a gifted poet, lyricist, and singer/songwriter. He currently makes his home in Oakland, California.

Already a famous book and movie, in 2011 The Last Unicorn also became a bestselling graphic novel from IDW Publishing.

Otakon 2013 will be held August 9-11 at the Baltimore Convention Center in Baltimore, MD.

ABOUT OTAKON AND OTAKORP, INC.: Now entering its twentieth year, Otakon is an annual celebration of Japanese and East Asian popular culture, and also one of the largest gatherings of fans in the United States. Otakon celebrates popular culture as a gateway to deeper understanding of Asian culture, and has grown along with the enthusiasm for anime, manga, video games, and music from the Far East. Since 1999, Otakon has been held in Baltimore, Maryland; currently, Otakon is one of Baltimore’s few large, city-wide events, drawing over 32,000 people for three days each year (for a paid attendance of over 89,000 turnstile attendees). Otakon is a membership based convention sponsored by Otakorp, Inc., a Pennsylvania-based, 501(c)3 educational non-profit whose mission is to promote the appreciation of Asian culture, primarily through its media and entertainment. Otakorp, Inc. is directed by an all-volunteer, unpaid staff – we are run by fans, for fans.