Las Vegas, NV (October 11, 2013) – Otakon Vegas welcomes one of the hardest working actor/directors in show business, having voiced over 300 characters in Games, Animation and Anime. He is best known as the voice of Batou in Ghost in the Shell, The Joker in several Batman games including Injustice: Gods Among Us and Ansem in Kingdom Hearts. 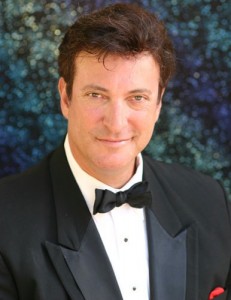 He’s also in many games including Final Fantasy, MK vs D.C. Universe as the Joker and Raiden, Mortal Kombat as Raiden, Dead or Alive 3-D, Xenosaga as Ziggy, Naruto, Cowboy Bebop, .Hack, Street Fighter, Catherine, Tekken, and he motion-capped The President in Resident Evil 6.

Not only voice acting, Epcar has voice directed many shows including Ghost in the Shell 2, Robotech: Shadow Chronicles, Noein, Digimon, Lupin the III, Patlabor 3, Iron Monkey, VR Troopers, and Power Rangers to name a few.

ABOUT OTAKON VEGAS AND OTAKORP, INC.: Otakon Vegas is the first annual celebration of Japanese and East Asian popular culture presented by Otakorp in Las Vegas, Nevada. Otakon Vegas celebrates popular culture as a gateway to deeper understanding of Asian culture. Otakon Vegas is a ticket based convention sponsored by Otakorp, Inc., a Pennsylvania-based 501(c)3 educational non-profit whose mission is to promote the appreciation of Asian culture, primarily through its media and entertainment. Otakorp, Inc. is directed by an all-volunteer, unpaid staff – we are run by fans, for fans.